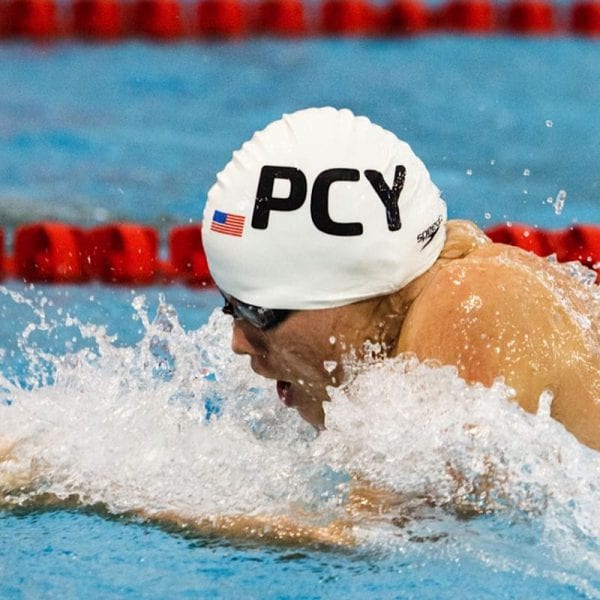 In its seventeenth year of the Club Excellence program, the PCY Tigersharks scored 7,690 points, making them the second-highest team to earn a bronze medal.

For the first time ever, the Powel Crosley, Jr. YMCA (PCY) Tigersharks Swim Team has been awarded a bronze medal ranking in the USA Swimming Club Excellence program, which recognizes the organization’s highest-performing clubs in the development of athletes 18 years and younger.

In its seventeenth year of the Club Excellence program, the Tigersharks scored 7,690 points, making them the second-highest team to earn a bronze medal. With 2,800 club teams in the United States, the Tigersharks finished 102 in the Top 200, narrowly missing a Silver Medal distinction that is awarded to teams 21-100. The PCY Tigersharks are the only area YMCA team to be honored with a 2018 USA Swimming Club Excellence Award.

“It is quite an honor to be listed in the Top 200 USA Swimming Clubs in the nation,” said PCY Tigersharks Head Coach Mike Leonard. “It is a tremendous accomplishment to be the second-highest team in the bronze medal clubs. It is a testament to our athletes, coaches, and parents that we were able to finish with such a high standing.”

“Earning a gold, silver or bronze ranking has become a highly coveted honor for our club teams,” said USA Swimming’s Club Development Managing Director Pat Hogan. “On behalf of USA Swimming, I want to congratulate each of the 200 clubs that have earned a ranking in the 2017 program.”

Each team’s ranking score is based on a power point rating system that assigns point values to swimming performances based on the gold, silver or bronze time standard. Starting with the 2017 Club Excellence rankings, gold swims were multiplied by a factor of 2.0; points for silver level swims were increased by a factor of 1.5.